With decision of 25.03.2021 the Federal Constitutional Court overturns the so-called Berlin “rent price cap”. It is not compatible with the Constitution and therefore “void as a whole” – click here for the press release dated 15.04.2021.

The rent price cap, which came into force in February 2020, was intended to ensure that landlords could not drive up rents in Berlin’s housing market, some of which were already excessive. Therefore, among other things, the existing rents for approximately 1.5 million Berlin apartments were frozen retroactively to June 2019. In addition, the rent cap legally required landlords to reduce any excessive rents. Violations were subject to fines of up to 500,000 euros. This Berlin law has now become the subject of a constitutional court review as part of an abstract review of the law. 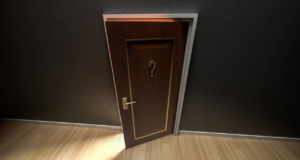 (1) According to the Federal Constitutional Court, the Land of Berlin already lacks the necessary legislative competence. Regulations on the amount of rent for privately financed housing, as part of social tenancy law, fall within the concurrent legislative competence for civil law within the meaning of Articles 72 (1), 74 (1) No. 1 of the German Constitution. In this context, the German states are only authorized to legislate as long as the federal government has not (yet) made conclusive use of its legislative power. However, the federal government has already taken action, in particular with the regulations on the so-called “Mietpreisbremse” (rent brake) of 2015, according to which the rent level for unrestricted residential space was conclusively regulated to this extent.

(2) The Federal Constitutional Court’s decision renders the rent cap ineffective. Berlin landlords are therefore likely to be entitled to subsequent payment of those differential amounts that were not paid due to the rent cap, although they were contractually owed.
Since the tenants concerned are in arrears with the unpaid differential amounts, landlords are likely to be entitled to extraordinary termination in individual cases insofar as the termination-relevant threshold of Sections 543 (2) Sentence 1 No. 3, 569 (3) No. 1 BGB has been exceeded. Whether, in addition, an ordinary termination pursuant to Sec. 573 (2) No. 1 BGB is possible can be doubted due to the particular constellation of facts, since an ordinary termination usually requires a culpable breach of contract on the part of the tenant. Landlords would therefore be advised to first assert their claims by setting a reasonable deadline. Tenants who are unable to pay should be given the opportunity to pay the outstanding amount in installments, if necessary.

On the other hand, the affected tenants should, if possible, promptly pay the outstanding amounts to their respective landlords in order to avoid the risk of termination.

In an interview given to the renowned Israeli business magazine “The Marker” Gelbart Legal managing partner Nathan Gelbart has been quoted as follows:

“the populistic experiment to ease the tense situation in the Berlin residential rental market through rent restrictions has failed and has not added even one available apartment to the market. In the opposite, vacant apartments have been either sold or kept empty in order to not violate the illegal restrictions and in order to await the ruling from the High Court of Constitution”.

The whole interview can be found here

We at Gelbart Legal would be happy to advise you on the consequences of the Federal Constitutional Court’s decision or on the enforcement of your claims.