Berlin Estate: Gelbart Legal succeeds in appeal proceedings before the Highest Regional Court of Berlin (Kammergericht) – Registration of a priority notice of conveyance based on Israeli agreement is confirmed

Upon application of the plaintiff represented by Gelbart Legal, the District Court of Berlin ruled on 5 August 2020 (Case No. 22 O 165/20) by-way-of an injunction that a priority notice of conveyance (Vormerkung) be entered in the land register of an apartment of the defendant (a company of “Berlin Estate”) in order to secure the plaintiff’s future claims to that apartment resulting from a (German) purchase contract still to be signed on the basis of an Israeli agreement (see our German article dated 26 August 2020). 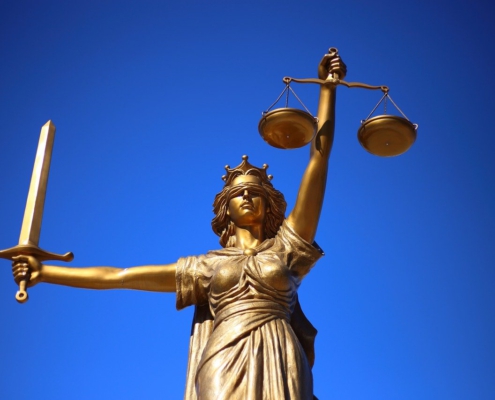 The Kammergericht has now dismissed the appeal with its ruling dated 1 April 20201 and fully upheld the injunction to the benefit of the plaintiff represented by Gelbart Legal.

In its reasoning, the Kammergericht explained that the District Court had “rightfully assumed, both legally and factually, that an effective preliminary contract for the conclusion of a purchase agreement for the residential property at issue had been concluded under Israeli law“, which justified the registration of a priority notice of conveyance. In addition the judges ruled that the plaintiff, represented by Gelbart Legal, had conclusively argued the formal validity of the Israeli agreement and had “comprehensibly shown, by submitting the relevant legal provisions […]” that the defendant had approved the Israeli agreement (allegedly concluded by Mr. Keizman without power of representation) by conduct ex-post and thus had recognised its effectiveness. The plaintiff’s submissions were convincing from a legal and factual point of view, “[…] especially since the defendant (Berlin Estate) has nothing to counter this with, other than the simple negation of the legal provisions presented by the plaintiff and the practice of Israeli courts based on them“. According to the “unanimous opinion” of the Kammergericht, the appeal of the defendant “obviously has no chance of success“.

For the plaintiff this decision of the Kammergericht means an excellent outcome of a historical precedent that will be of importance beyond the borders of the Federal Republic of Germany. With this decision of the Kammergericht, not only has a higher German court ruled for the first time on the effectiveness of these Israeli agreements, particularly the question of whether an Israeli contract signed without notary can be sufficient as a basis for the registration of a priority notice of conveyance which is supposed to secure a future claim to an apartment resulting from a German purchase contract yet to be signed on the basis of that Israeli agreement. (Sidenote: In Germany, any real estate transactions require a notarized purchase contract, sec. 311 lit. b) German Civil Code). With this decision, the Kammergericht also sends an important signal to many hundreds of investors who concluded Israeli agreements for apartments in Germany with “Berlin Estate”, and already paid 50-100% of the purchase price in advance without security, but still are without purchase contract and apartment: No one is at the mercy of the “Berlin Estate” without a chance of protection.

“The decision of the Court of Appeal confirms our legal opinion in all points and gives back hope to many aggrieved investors that the nightmare represented by “Berlin Estate” can find a conciliatory end for them after all“.

We will be happy to support you and answer any questions you may have.