Berlin Aspire: Gelbart Legal (also) obtains Germany’s first ever preliminary injunction to secure the acquisition of an apartment that did not exist (in a legal sense) when the Israeli purchase agreement was signed

In August 2020, we reported on Germany’s first ever preliminary injunction to register a priority notice of conveyance on the basis of a non-notarized Israeli purchase agreement of the “Berlin Aspire” group of companies.

In May 2021 we reported on the confirmation of the obtained preliminary injunction by order of the Berlin Court of Appeal dated 01.04.2021 (details here https://gelbart.legal/en/berlin-estate-gelbart-legal-succeeds-in-appeal-proceedings-before-the-highest-regional-court-of-berlin-kammergericht-registration-of-a-priority-notice-of-conveyance-based-on-israeli-agreement-is/). Our Israeli client had concluded a similar Israeli purchase agreement with the Israeli businessman Adi Avraham Keizman – founder of the group of companies “Berlin Aspire” – in Israel on the acquisition of an apartment located in Berlin and paid the purchase price (almost) in full – without any securities. When our client asked for the apartment in return, the “Berlin Aspire” group of companies and its new beneficial owner, Moshe Bar Shilton, no longer wanted to know anything about the Israeli contract or our client’s down payment. Gelbart Legal secured her rights through the priority notice of conveyance obtained by way of that injunction. 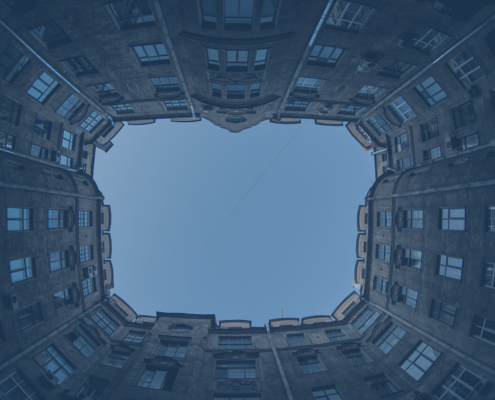 In January 2022, the Berlin Court of Appeal (Kammergericht) (once more) had to deal with an (identical) Israeli purchase contract for an apartment in Berlin concluded between Israeli purchasers and Adi Avraham Keizman. In this case, the purchasers had made an unsecured down payment but had not received the apartment. The special feature of this case: the apartment to be purchased did not even exist in a legal sense at the time of signing of the Israeli agreement and down payment, because the division of the property (§ 8 WEG) on which the apartment is located was still pending. On these grounds, the Berlin Regional Court had decided on 6 Dec. 2021 (Case No. 22 O 207/21) that in these kind of cases the apartment to be acquired was insufficiently defined in the Israeli agreements, as those agreements do not state the size of the co-ownership shares to be acquired along with the apartment. This decision would result in the invalidity of the Israeli purchase agreements signed by Keizman – which would in fact mean the (total) loss of the down payments made by the purchasers.

However, Gelbart Legal was able to convince the Berlin Court of Appeal (once again), which lead to the Court of Appeal reversing the decision of the Berlin Regional Court with its own ruling dated 17 Jan. 2022 (Case No. 1 W 4/22) and issue the requested preliminary injunction. The Court of Appeal followed our arguments and (correctly) argued that in the Israeli agreements the apartment to be acquired is sufficiently individualized by the description of its location and the inclusion of a floor plan. In addition, the court found that the size of the co-ownership shares to be acquired can be determined on the basis of the parties’ agreements. In the court’s opinion, the parties had “[…] also agreed on all essential points of the contract […]” and had agreed on the size of the co-ownership shares by stating “[…] that the purchasers shall participate in the property proportionally according to the [living] area noted in the attached floor plan.” Thus, the Court of Appeal confirmed our every argument on the validity of the Israeli agreements signed by Keizman and “Berlin Aspire” and issued the requested injunction.

The Kammergericht’s decision is of decisive importance, as it clearly and unambiguously rejects the opinion of the Berlin Regional Court, which was developing into settled case law before. This decision will protect hundreds of Israeli investors from the loss of their down payments, since “Berlin Aspire” signed Israeli purchase agreements for apartments that did not yet exist on the date of signing on a regular basis (details here https://gelbart.legal/en/berlin-aspire-from-a-dream-to-nightmare-of-the-israeli-investors/). This decision gives new hope to those investors who had previously been hit the hardest.